“How many twenty-second-century bureaucrats did it take to change a light panel? We'll have a sub-committee meeting and get back to you with an estimate”

Created to record business discussed and decisions taken at meetings held by various types of organisations.

Usually created by a secretary appointed by the board, council, committee or working group that held the meeting, who would have been present at the meeting to make the record.

Usually found as a sequence on their own, or within the working files of executive personnel. Commonly found in the following collections:

Survive in large quantities from the early 19th century, although, examples exist from the medieval period. 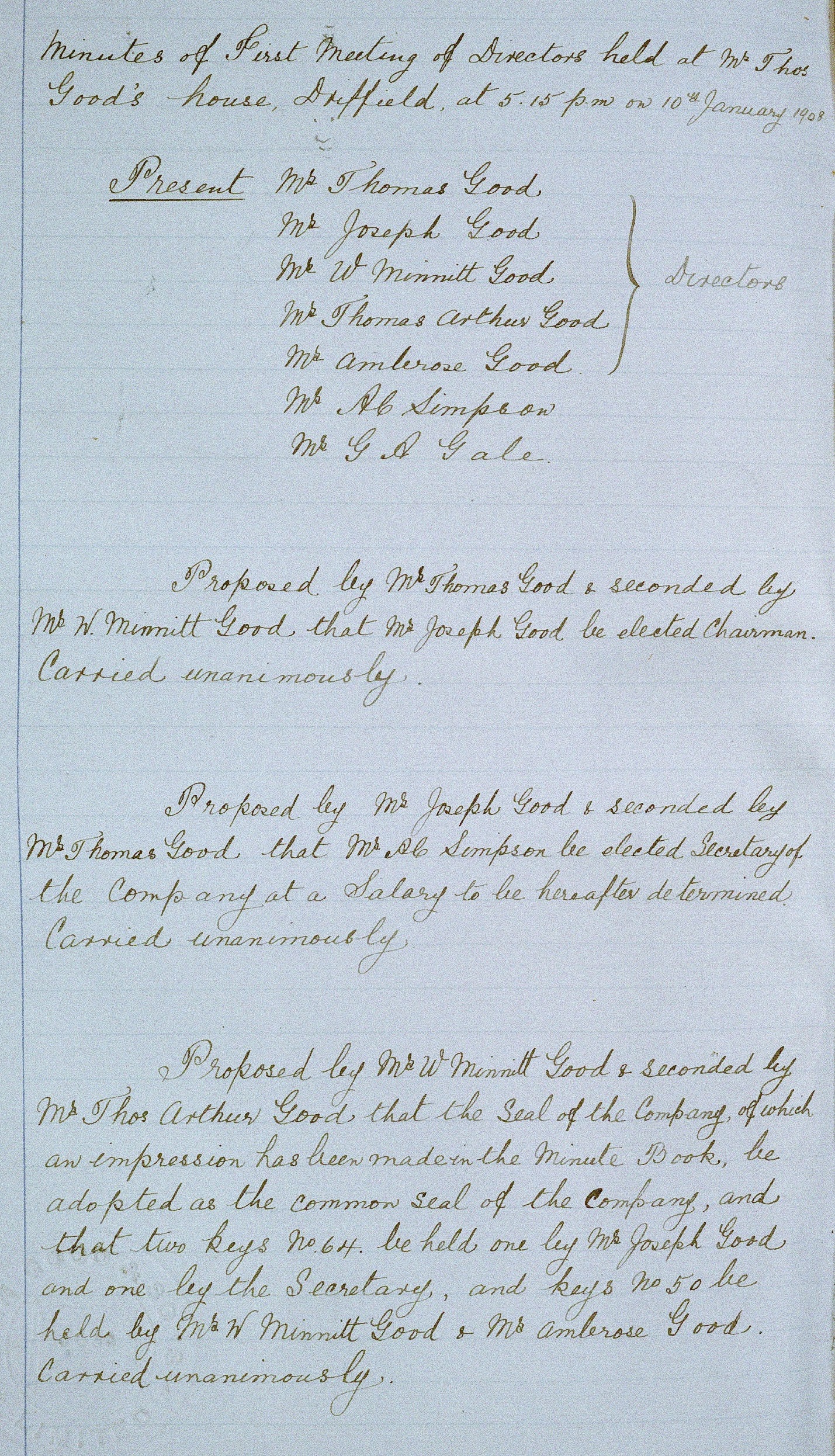 First page of the minutes of the first meeting of the Directors of John Good & Sons Shipping Ltd., 10 Jan 1908 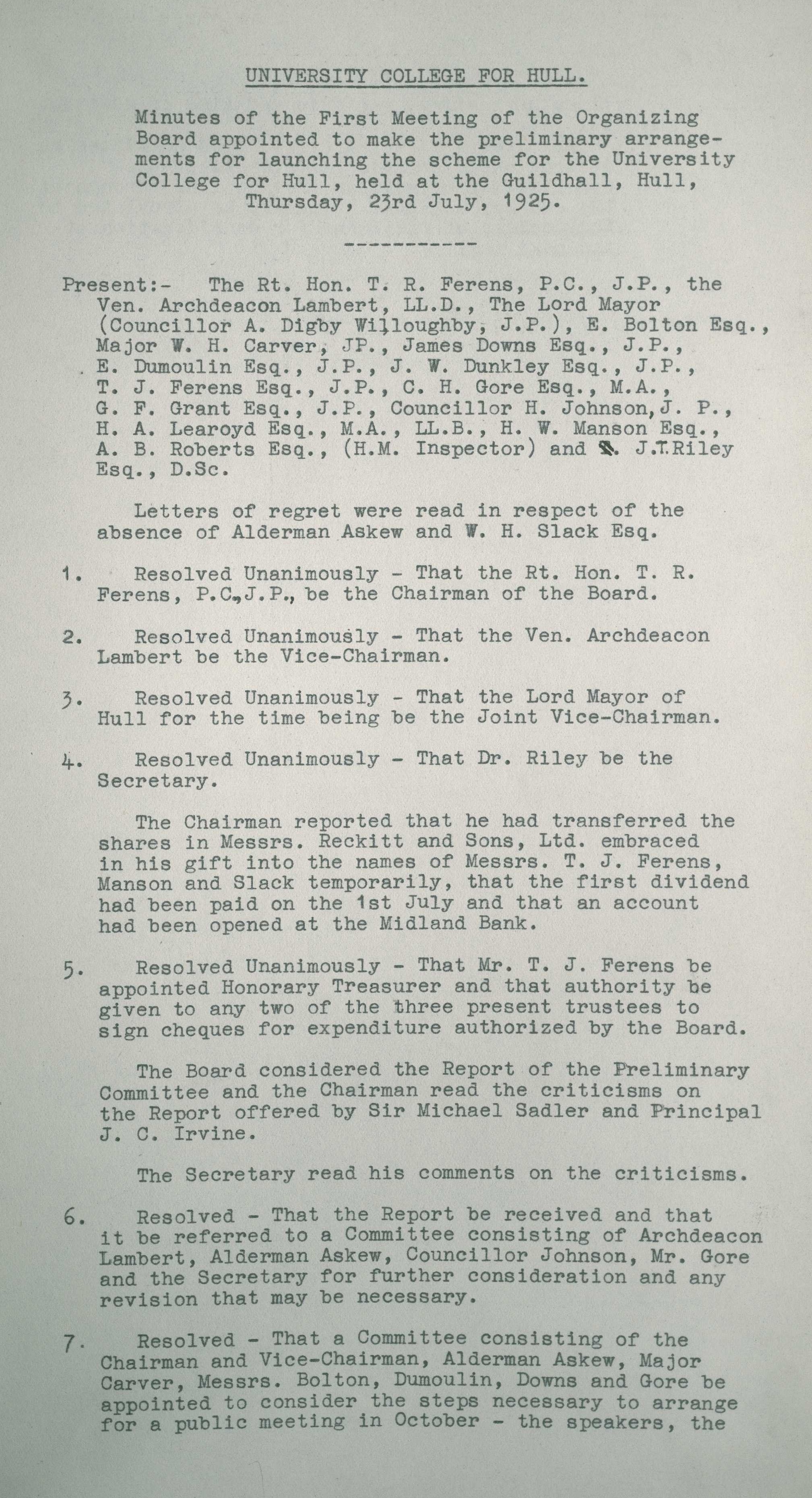 Minutes of the first meeting of the University College of Hull Organising Board, 23 Jul 1925 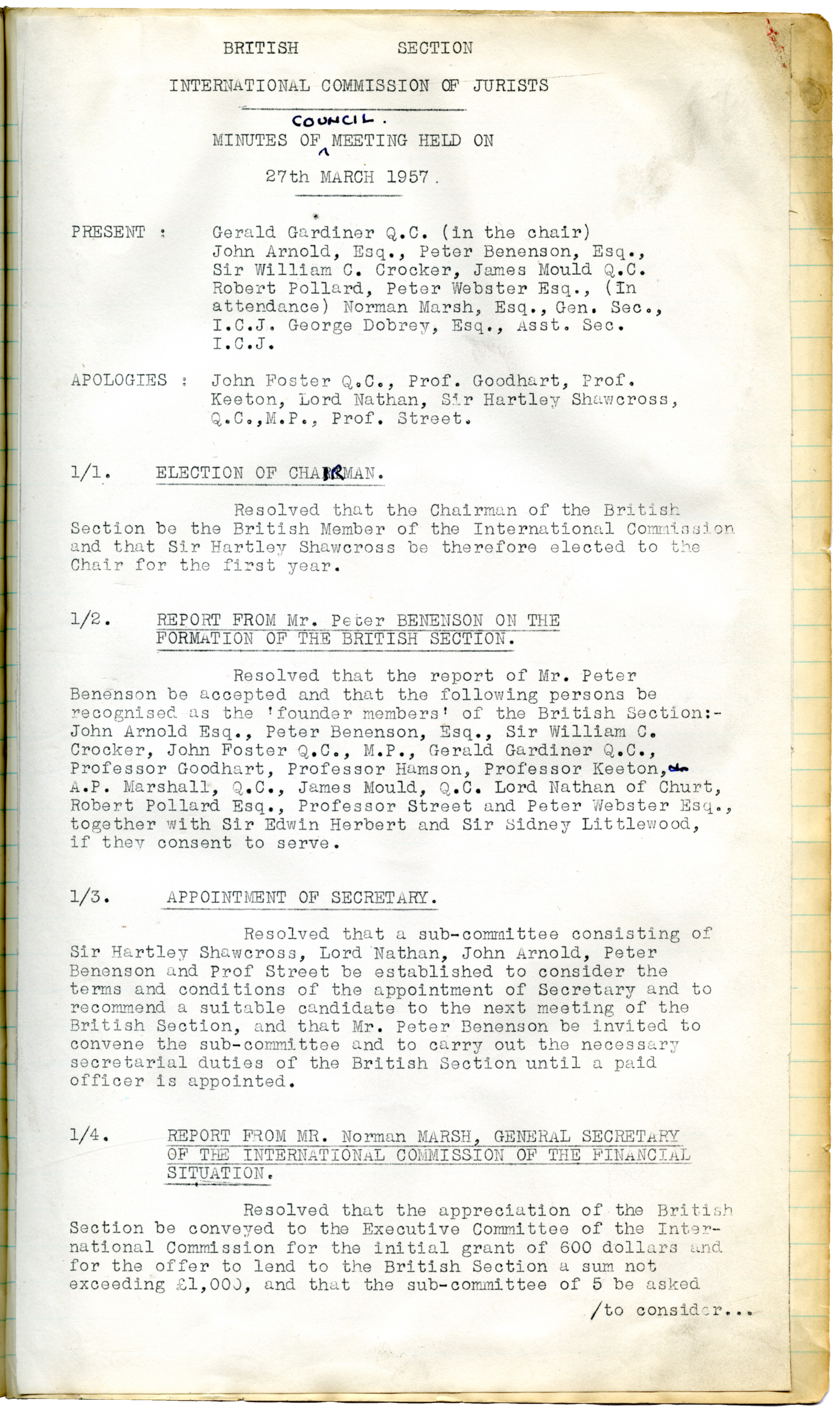 Extract from the minutes of the first meeting of the British Section of the International Commission of Jurists, 27 Mar 1957 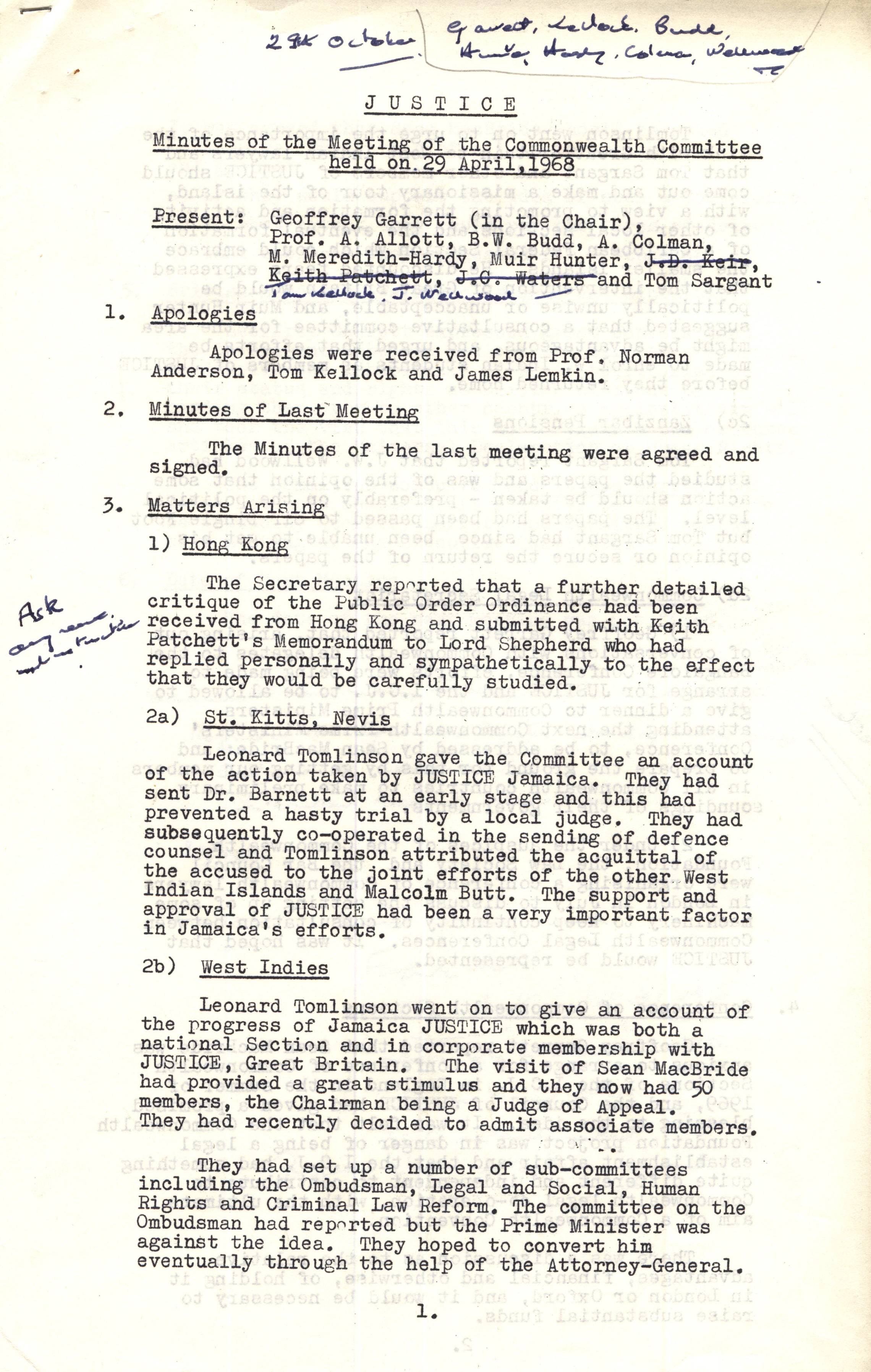 Minutes of a meeting of the Commonwealth Committee of the organisation, Justice, held 29 Apr 1968

Minutes can be useful when undertaking research into the following areas:

Search for further examples of minutes using our online catalogue. Try using search terms such as minutes, proceedings, meetings, etc. You could also try searching these terms in conjunction with specific organisations in which you are interested to narrow your search.

Alternatively, if you prefer to browse, the file below contains a list of minutes held at Hull History Centre. Please note that this list is not comprehensive, but represents key examples of the document type.

The following secondary literature provides an example of how minutes have been used in research, as well as examining more conceptual ideas around the purpose of meetings, during which minutes are created: