“To achieve great things, two things are needed: a plan and not quite enough time ”

Documents containing statistics and statements, sometimes illustrated, relating to an organisation's achievements in the preceding year.

Created to apprise stakeholders of an organisation's progress, thus serving an accountability purpose.

Created at the direction of the management board or officials responsible for overseeing the running of an organisation, i.e. a charity, business, society, education establishment, etc. 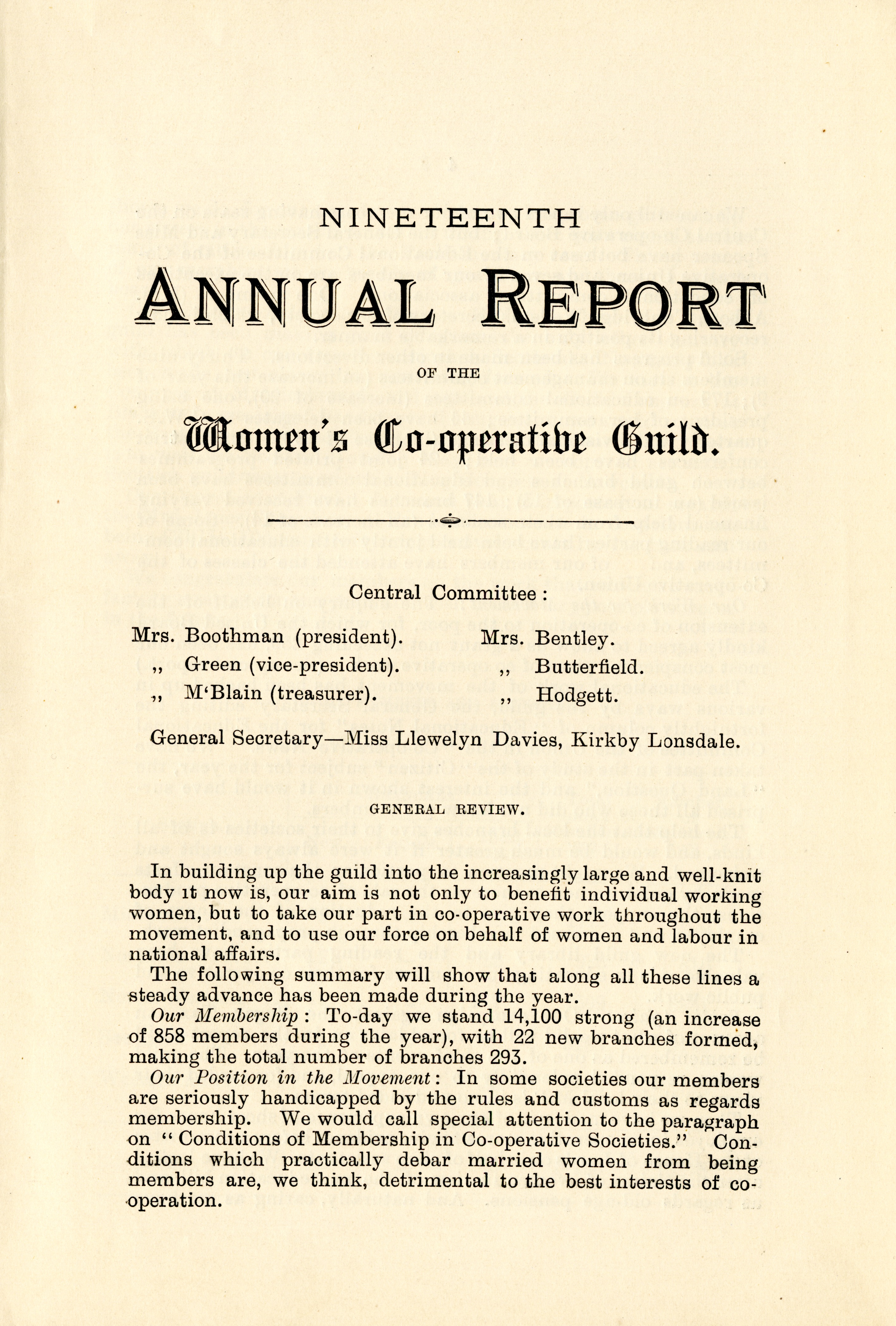 Extract from the annual report of the Cooperative Women's Guild, 1901-1902 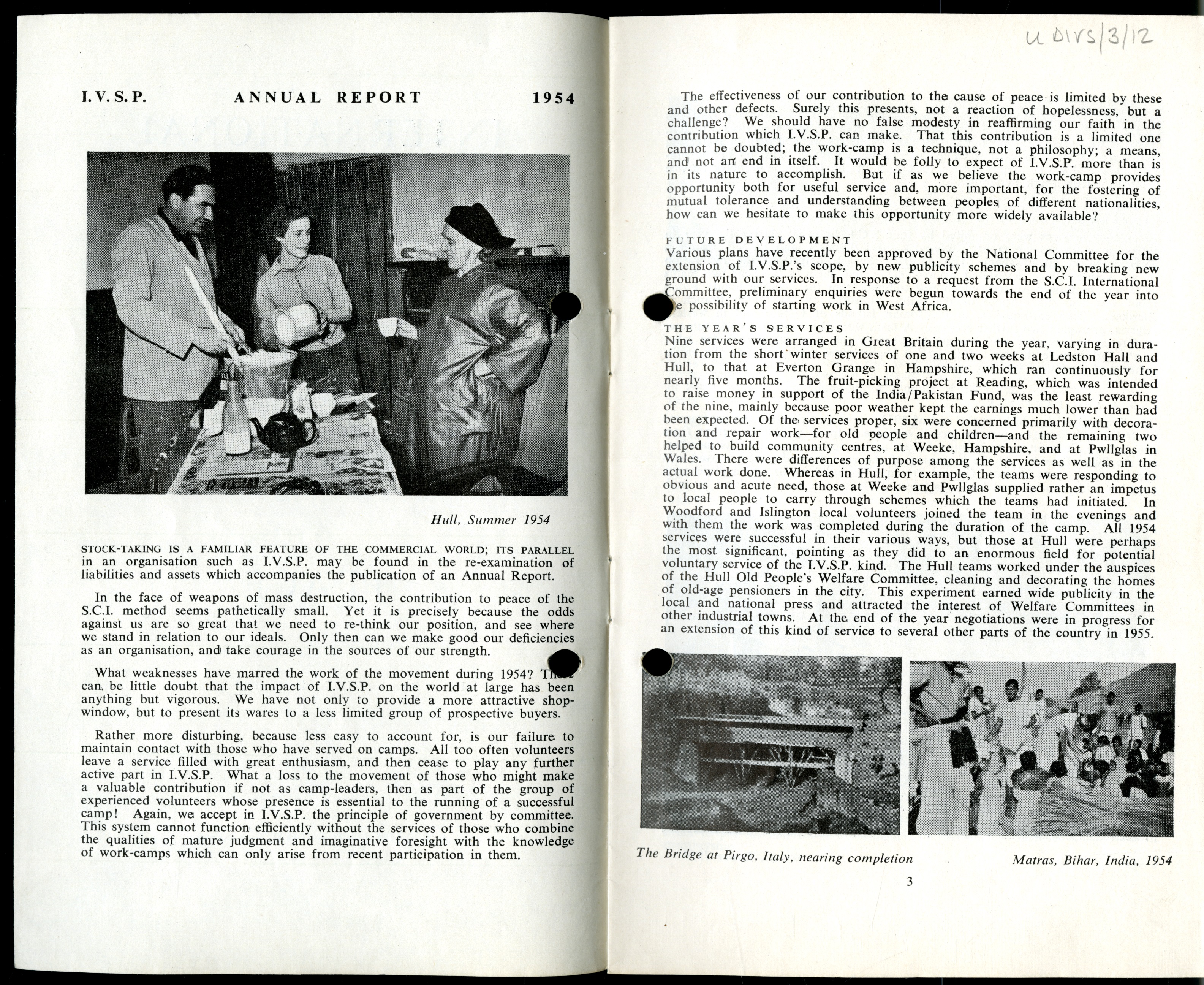 Annual report produced by the International Voluntary Service for Peace, 1954 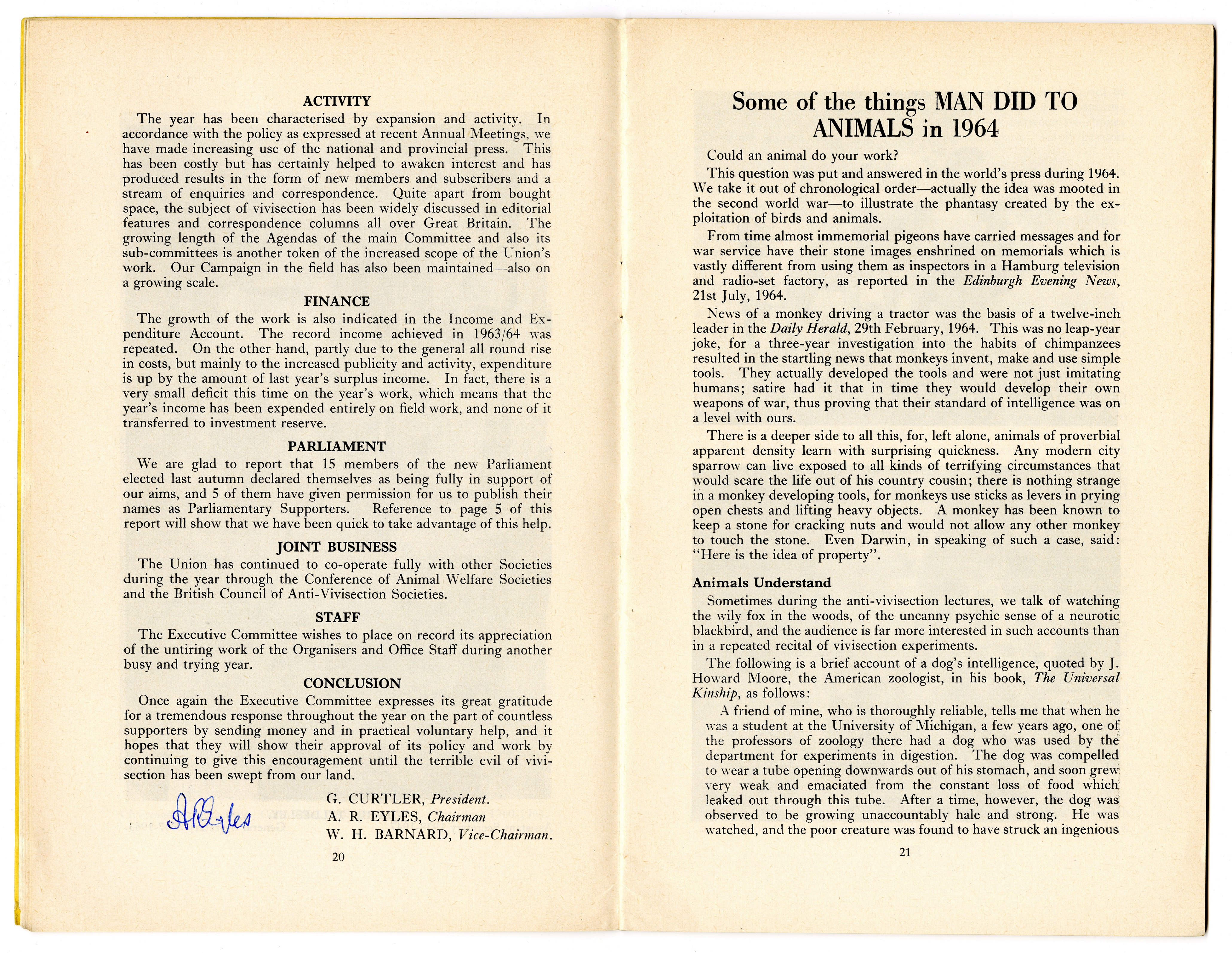 Extract from the annual report of the British Union for the Abolition of Vivisection, 1965 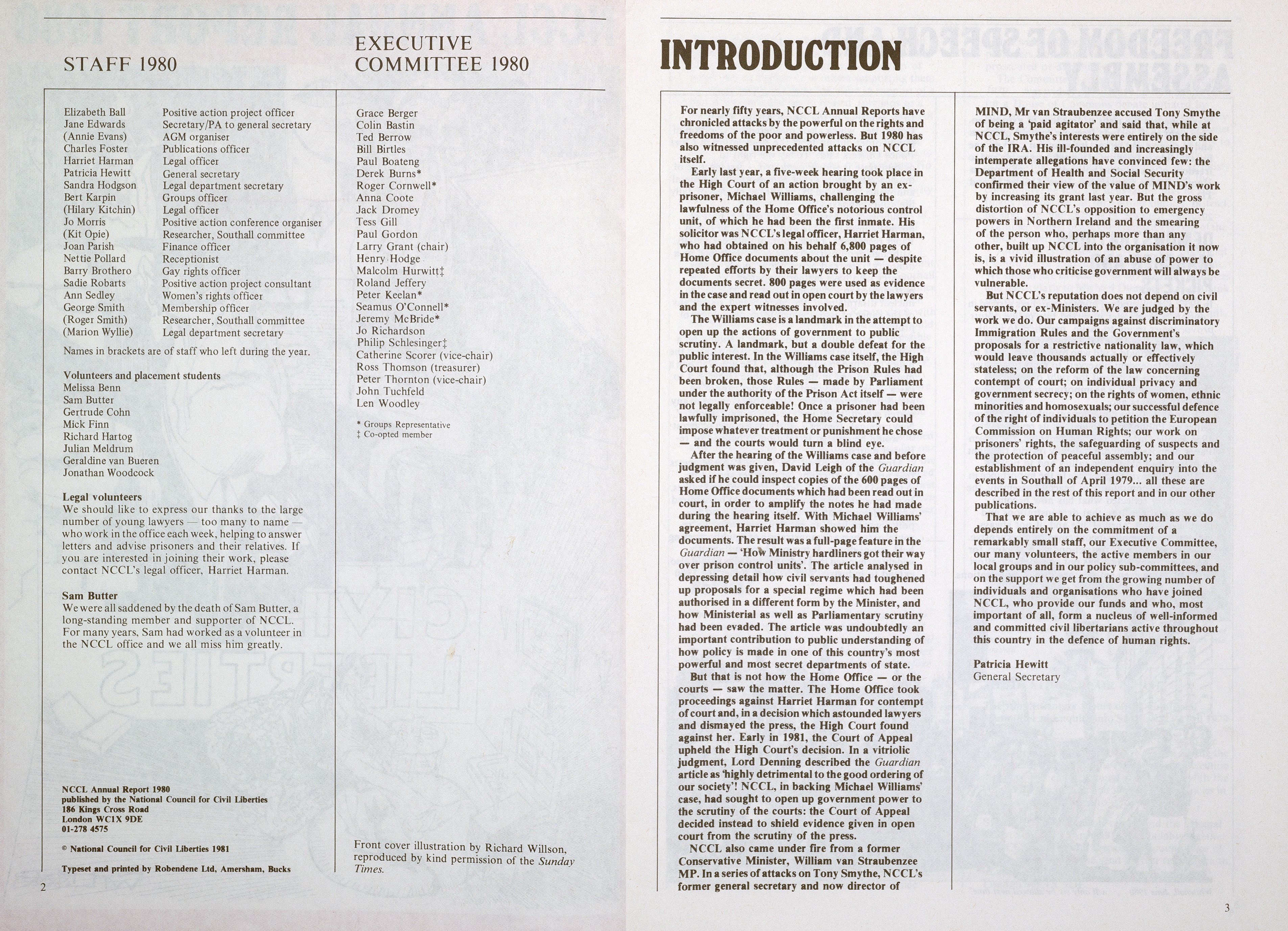 Extract from an annual report produced by the National Council for Civil Liberties, 1980

Annual reports can be useful when undertaking research into the following areas:

Alternatively, if you prefer to browse, the file below contains a list of annual reports held at Hull History Centre. Please note that this list is not comprehensive, but represents key examples of the document type.

The following secondary literature provides a detailed look at the annual report as historical evidence, and explores how annual reports have been used in research: