“Equality and freedom are not luxuries to lightly cast aside. Without them, order cannot long endure before approaching depths beyond imagining”

Introduction to charters and letters patent

Created to record and authorise royal grants made under the Great Seal.

Created by office holders responsible for the Great Seal on behalf of the Crown.

Usually found with deeds and legal documents. Commonly found in the following collections:

Common in the Medieval and Early Modern periods, but examples exist up to the present day. 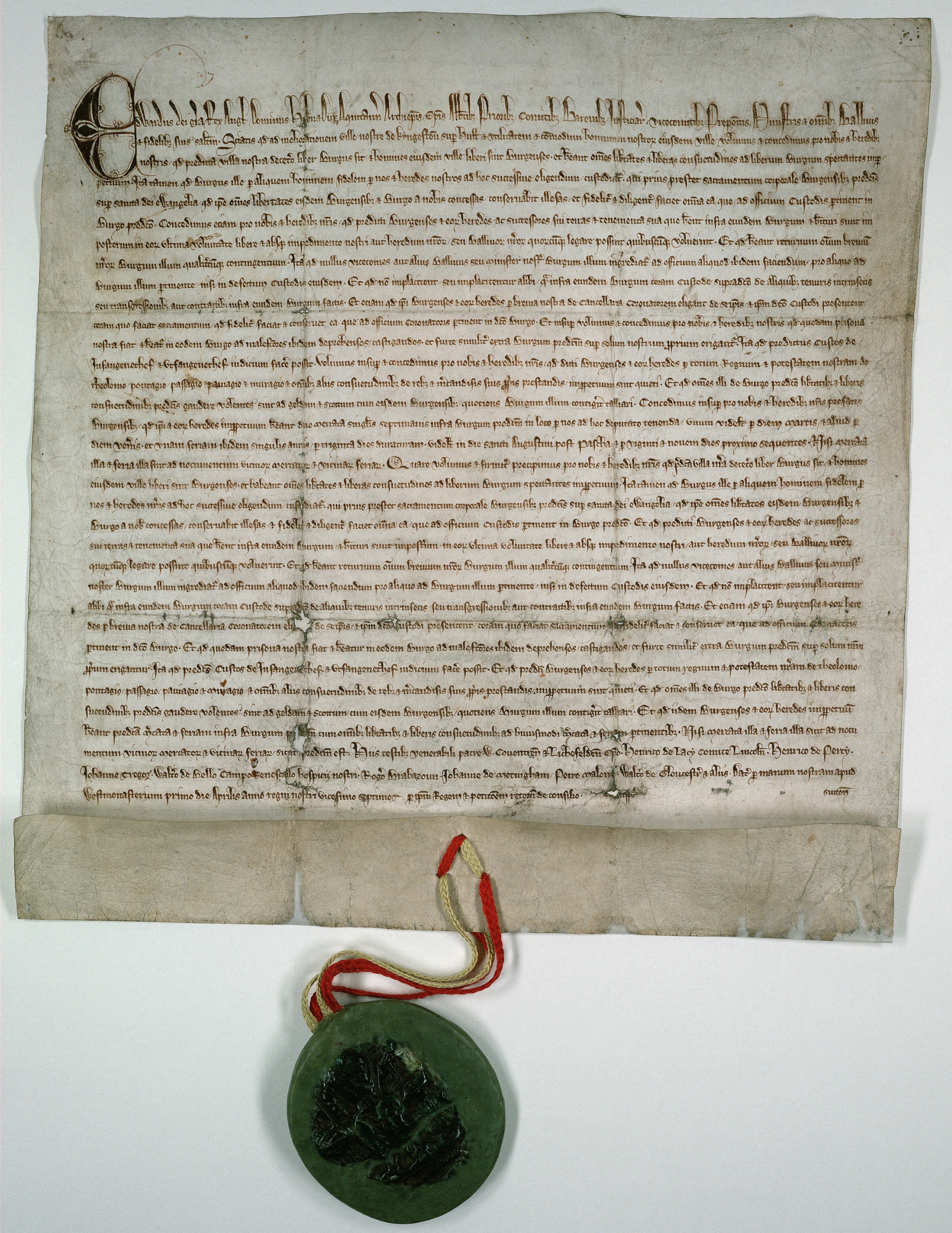 Charter of Edward I granting various lands, rights and privileges to the Mayor and Burgesses of the Borough of Kingston-upon-Hull, with wax pendant seal, 1299 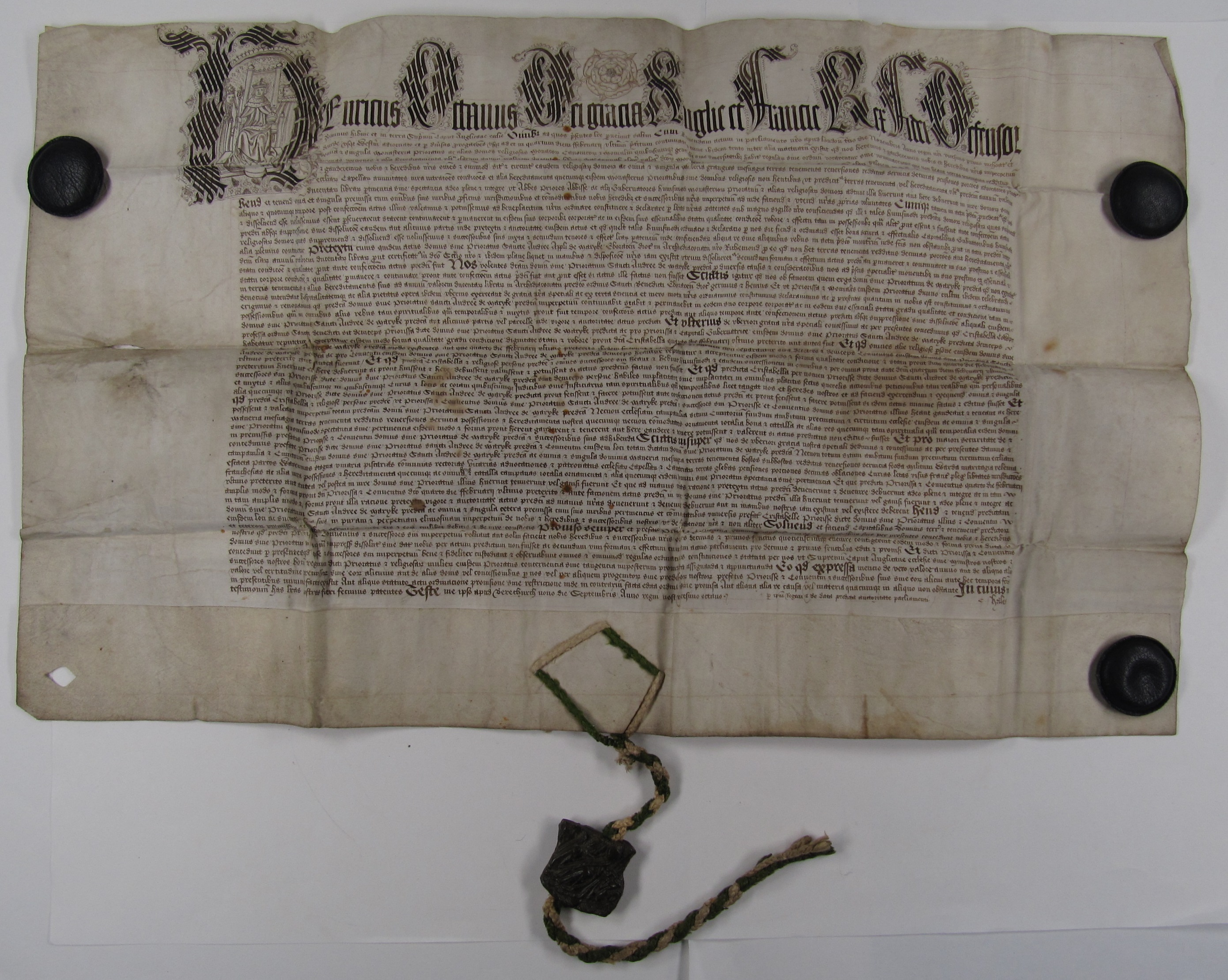 Letters Patent exempting the prior of St Andrew from dissolution with other lesser monasteries, 9 Sep 1536 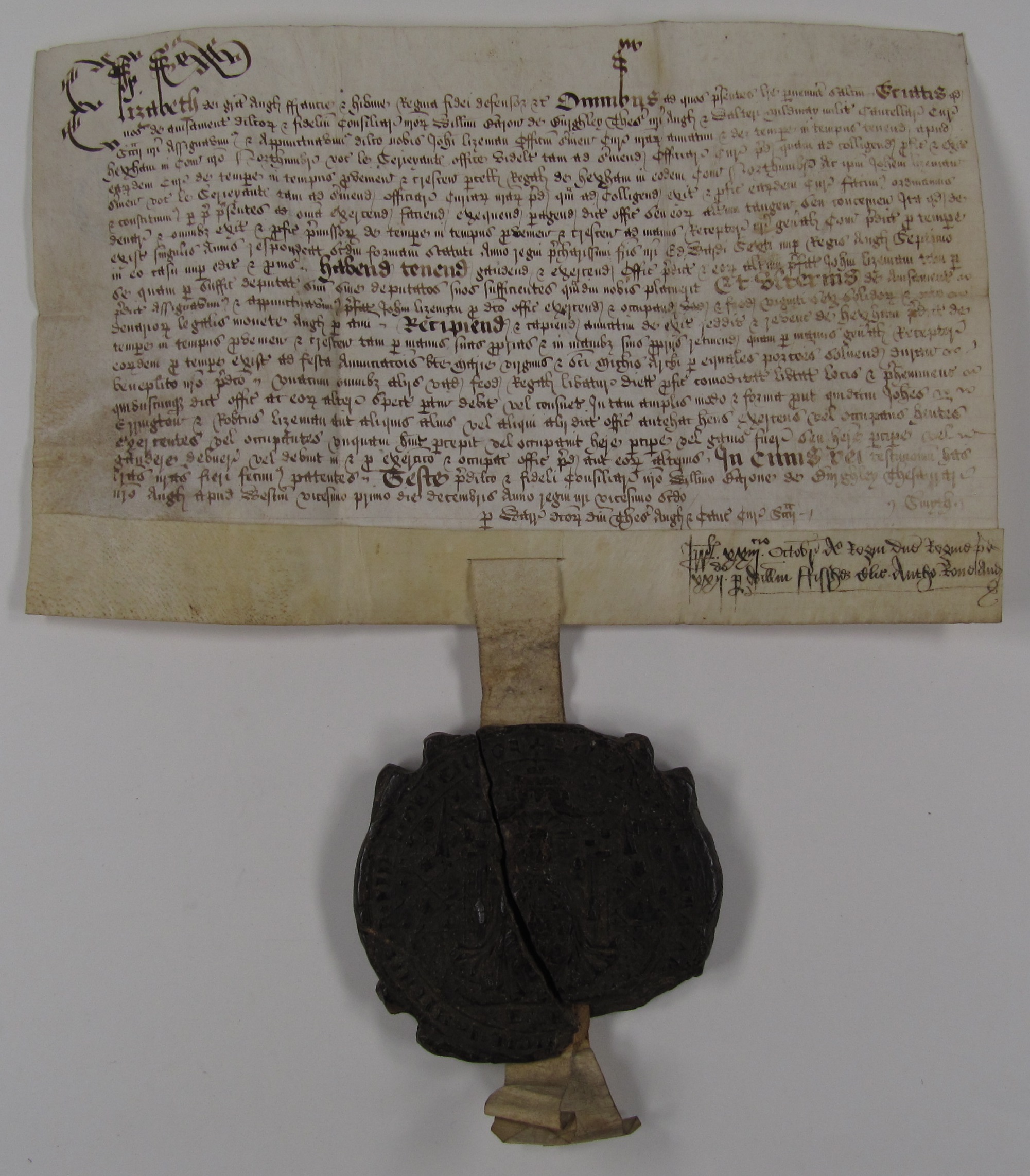 Letters Patent appointing John Liseman to the office of sergeant in the court at Hexham, Northumberland, 21 Dec 1579 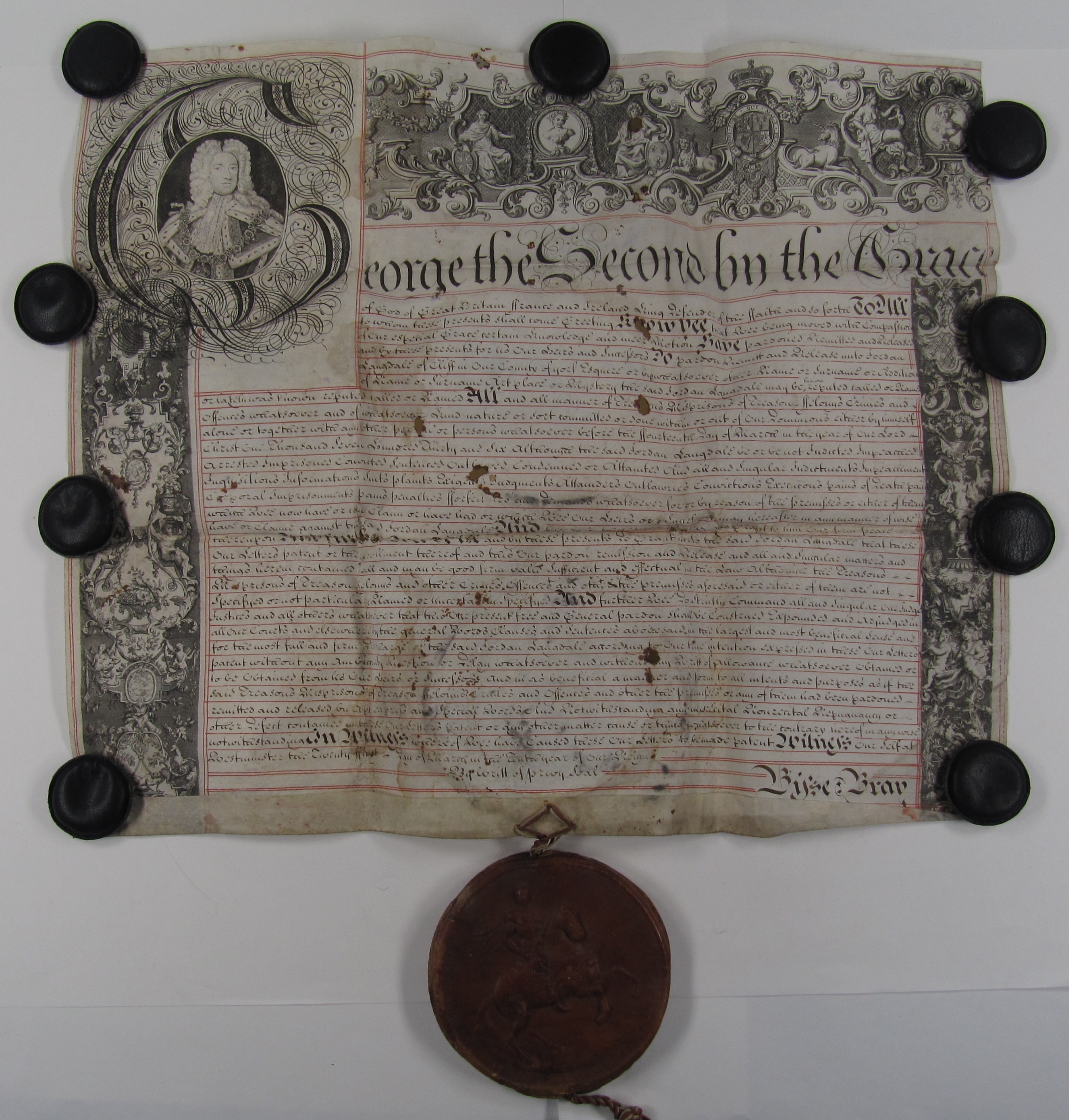 Charters and letters patent can be useful when undertaking research into the following areas:

Alternatively, if you prefer to browse, the file below contains a list of charters and letters patent held at Hull History Centre. Please note that this list is not comprehensive, but represents key examples of the document type.

The following secondary literature provides background and contextual information that will help you to understand and use charters and letters patent in your research: