“We started off trying to set up a small anarchist community, but people wouldn't obey the rules”

Created to record the purpose of an organisation and to outline the administrative rules under which it operates.

Usually found with documents relating to the governance of an organisation, such as minutes and annual reports. Commonly found in the following collections: 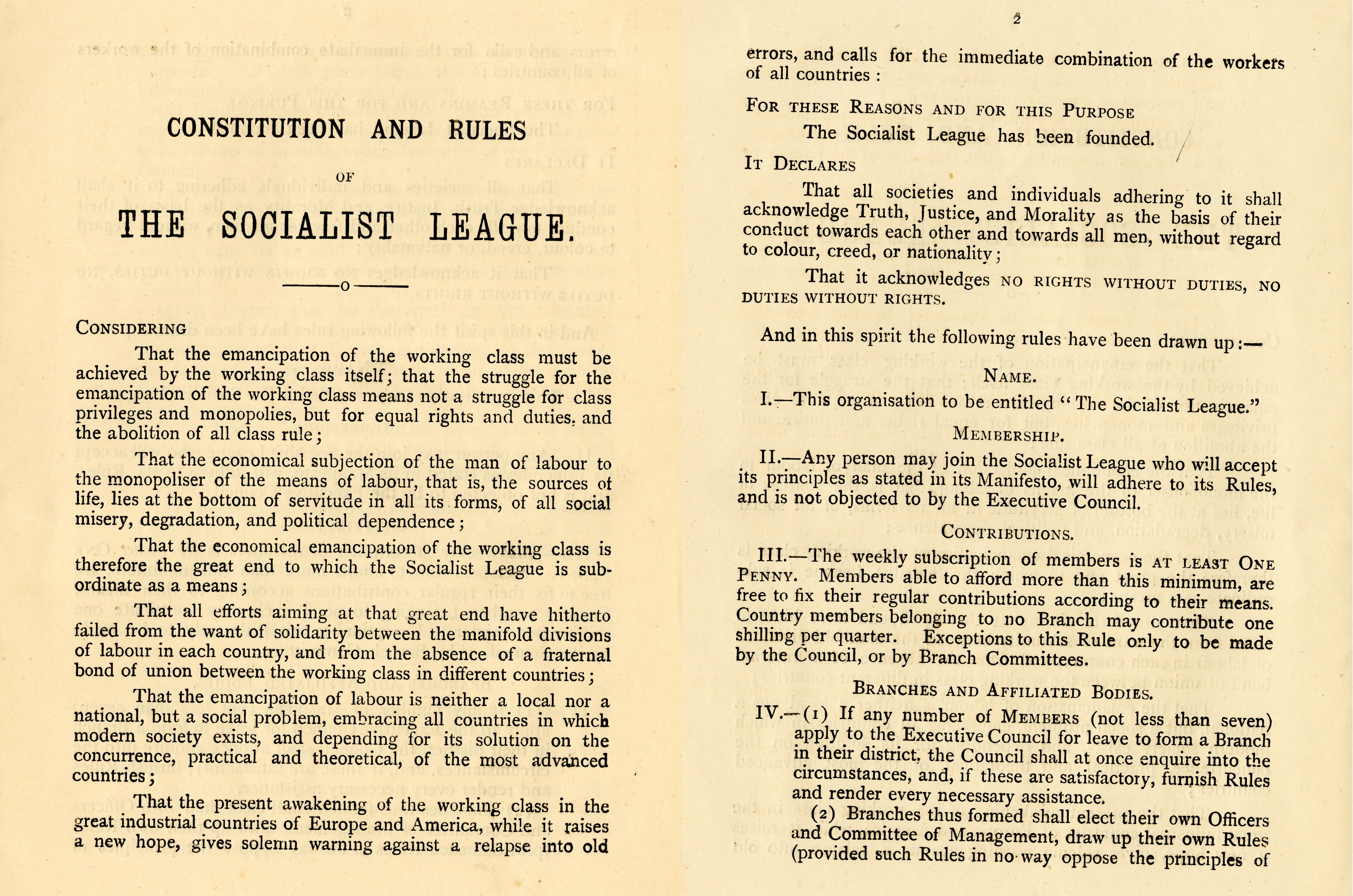 Constitution and Rules of the Socialist League, 1885 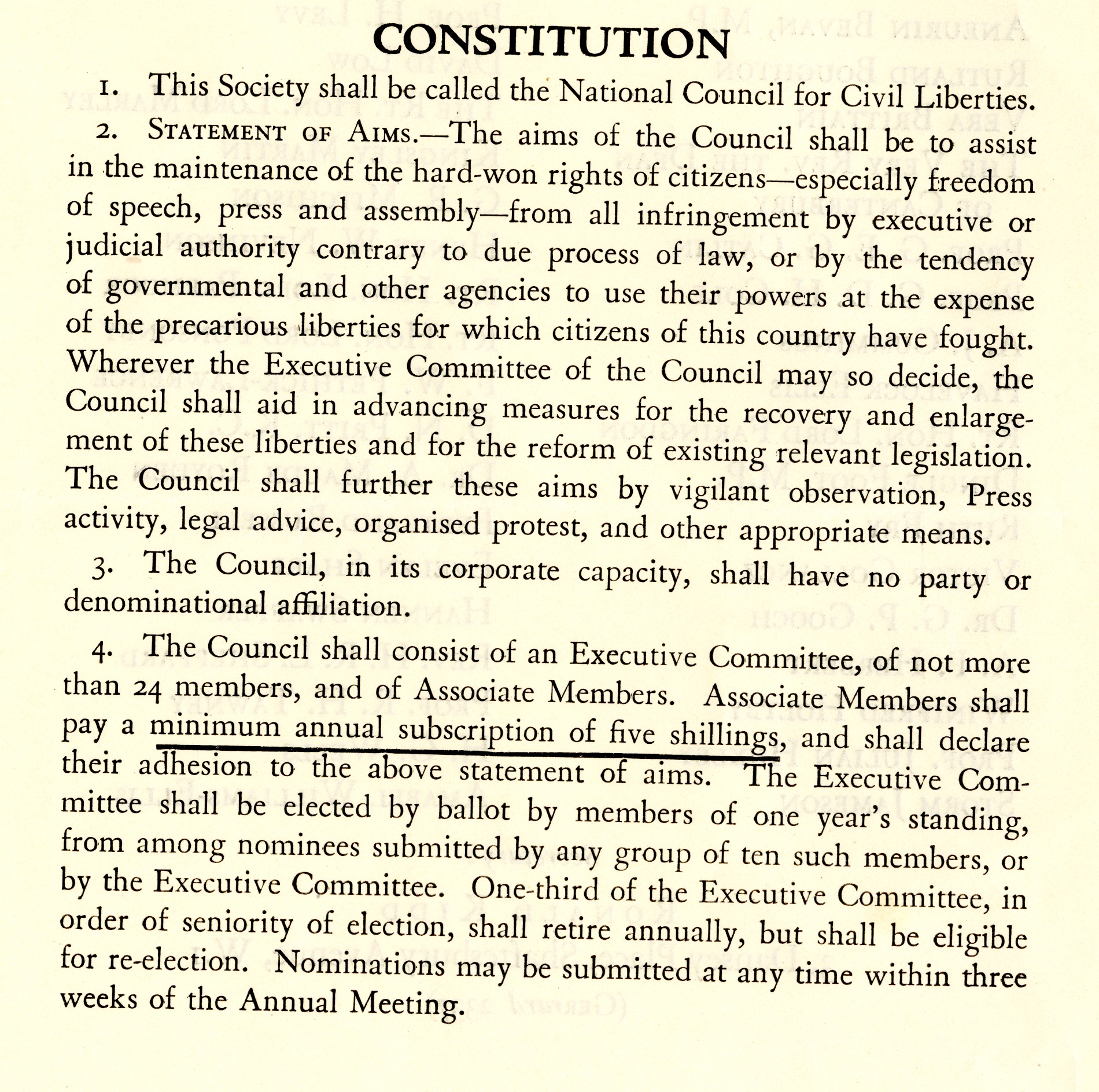 Constitution of the National Council for Civil Liberties, c.1934 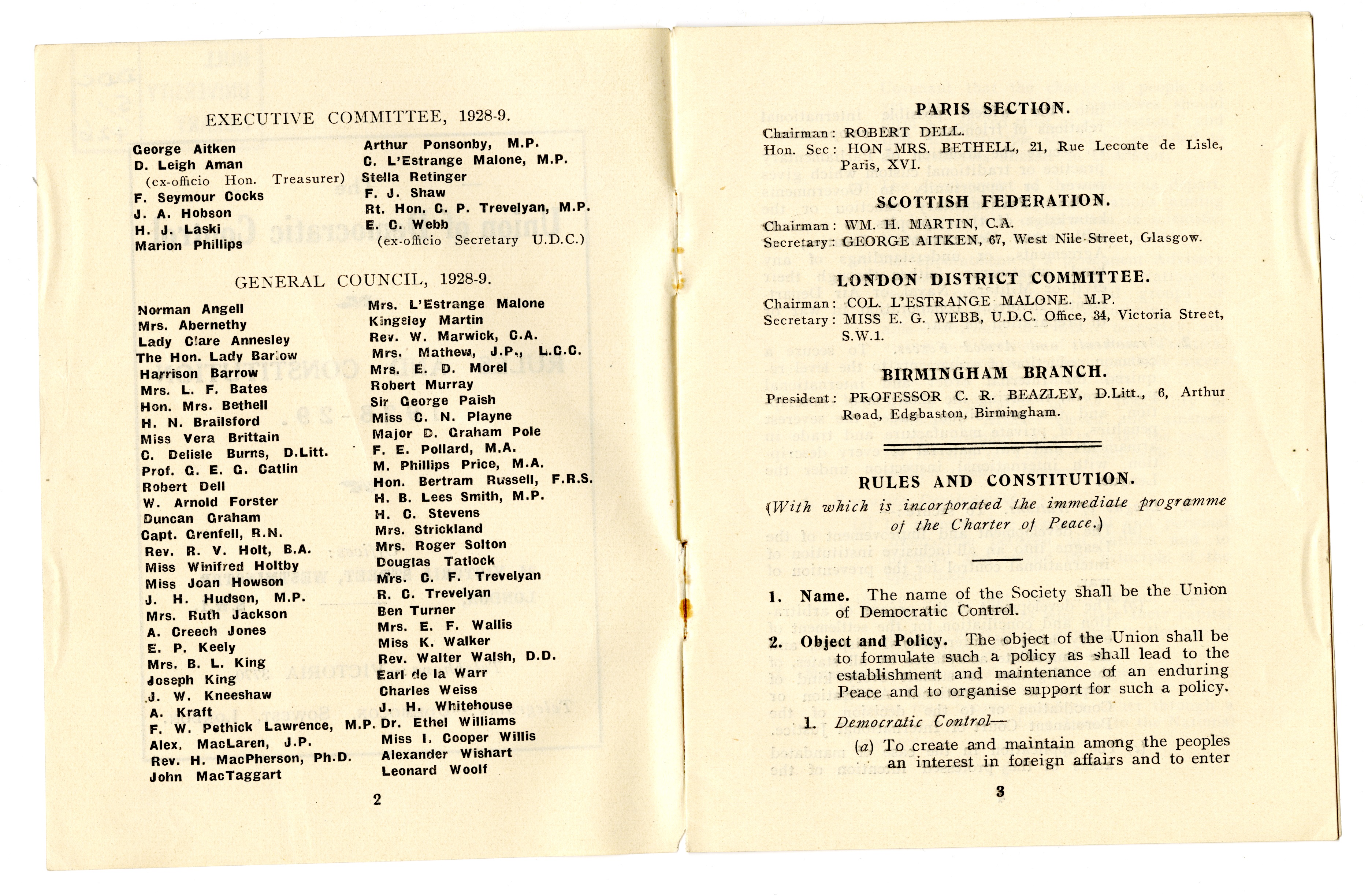 Constitution and Rules of the Union of Democratic Control, 1928-1929 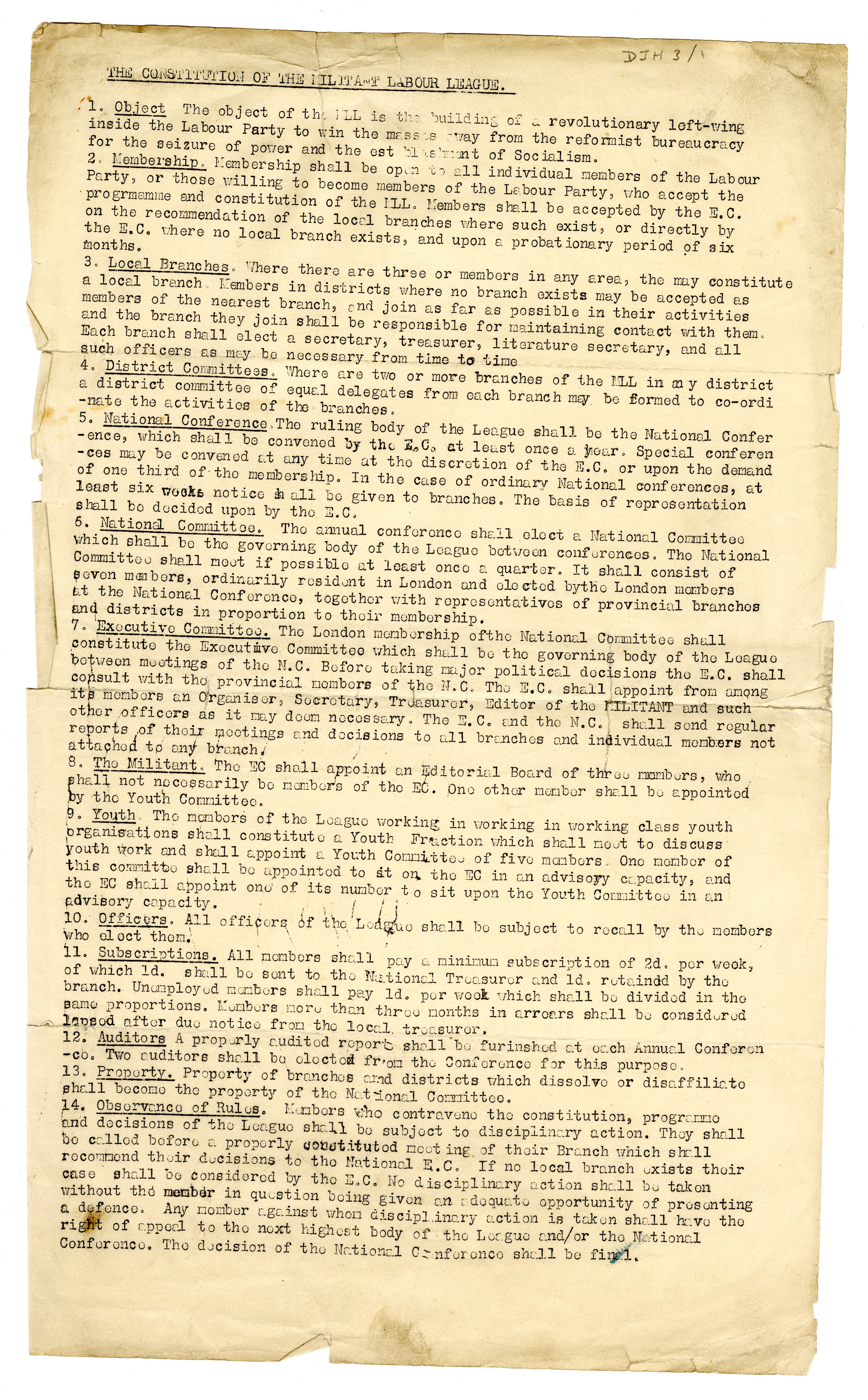 Constitutions can be useful when undertaking research into the following areas:

Search for further examples of constitutions using our online catalogue. Try using search terms such as constitution, rules, and bye-laws.

Alternatively, if you prefer to browse, the file below contains a list of constitutions held at Hull History Centre. Please note that this list is not comprehensive, but represents key examples of the document type.

The following secondary literature provides examples of how records such as constitutions have been used by researchers to study business history: