Gibbs' framework “emphasises the importance of being able to generalise, to transfer knowledge and insights gained from one situation to another”

The structure of a piece of reflective writing, whether it be an essay or learning log entry, might consist of six components or paragraphs that follow Gibb’s cycle: 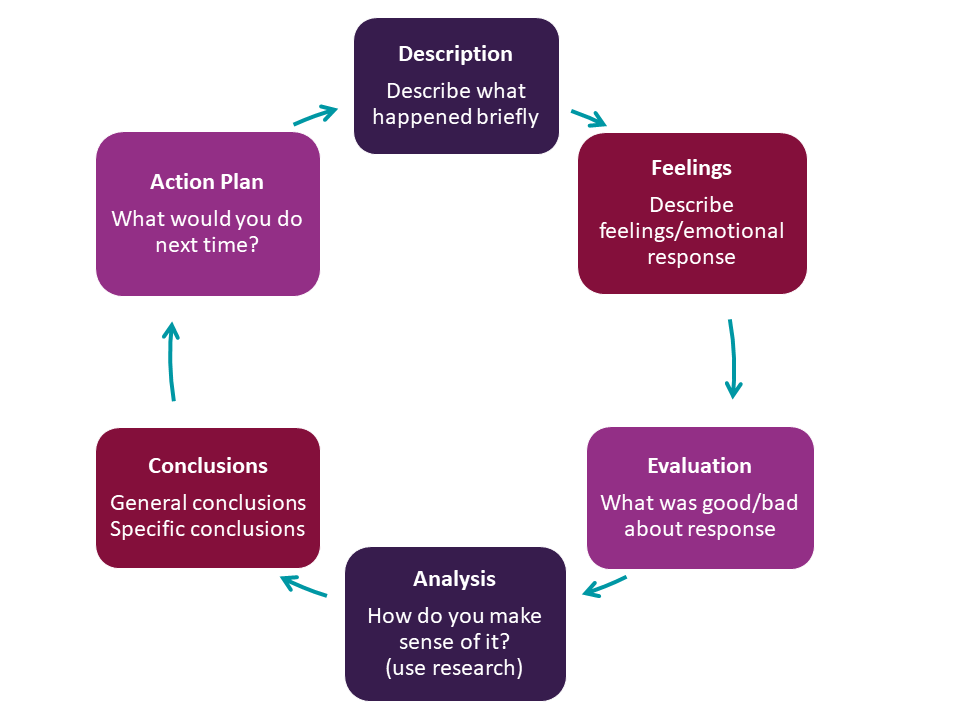 Criticism of this framework

Don't let it put you off using Gibbs' Reflective Cycle, but do take into account that there has been some criticism about it's lack of depth. For example, the Open University suggest the following:

Despite the further breakdown, it can be argued that this model could still result in fairly superficial reflection as it doesn’t refer to critical thinking/analysis or reflection. It doesn’t take into consideration assumptions that you may hold about the experience, the need to look objectively at different perspectives, and there doesn’t seem to be an explicit suggestion that the learning will result in a change of assumptions, perspectives or practice. You could legitimately respond to the question ‘What would you do next time?’ by answering that you would do the same, but does that constitute deep level reflection?

The Reflective Cycle has six distinctive stages, leading from a description of the event/experience through to conclusions and consideration for future events.