Guide to the skills required to work successfully with archives including palaeography, archaic terms and spelling, historical dates, weights and measures, language, and transcription.

“My spelling is Wobbly. It's good spelling but it Wobbles, and the letters get in the wrong places”

Palaeography is the analysis of ancient handwriting for characteristic features, use of punctuation, spelling and date conventions.

Undertaking such analysis helps us to accurately read what is written in archive documents, and can help us to determine the likely date and provenance of a manuscript which has not been dated or signed.

The following terms are commonly used when talking about palaeography: 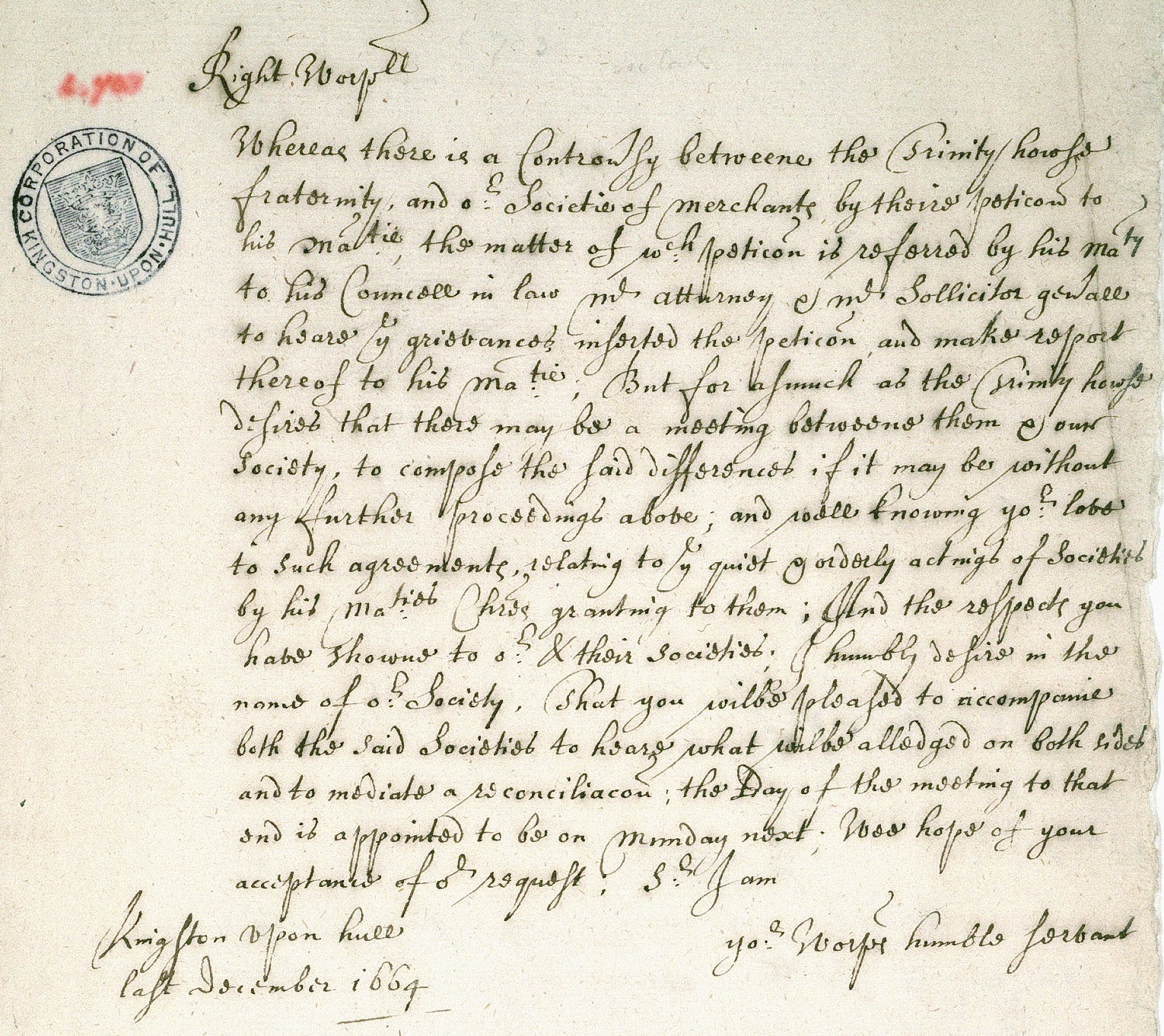 Across the centuries there have been trends in handwriting styles.

Distinct styles of handwriting are known as ‘scripts’, and individual examples or variations of a script are known as ‘hands’. There are three main writing styles that a researcher using archival material in English should be aware of; these are Court, Secretary and Italic.

Court script was used for official records produced by central government. Each government office developed its own distinct style and clerks were required to write in compliance with that style. Variations include Chancery, Common Pleas, Exchequer and Pipe Office hands. Only researchers using records of central government are unlikely to encounter Court script.

Secretary script was used for business, personal and literary purposes. It was well established by 1525 but was beginning to decline in use by 1650. By 1700 it had been influenced heavily by Italic script characteristics and survived as a mixed style rather than as a distinct style in its own right. Even so, Secretary script was the most commonly used style in the Early Modern period and researchers working in this period are very likely to encounter it.

Italic script existed alongside Secretary script and was becoming common by 1550. It was more simple and easier to read, quicker to learn and quicker to write. It eventually outlasted Secretary script to become the dominant style of the 18th and 19th centuries, and the one we are most familiar with today.

Because of the co-existence of Secretary and Italic in England during our period, it is common to find documents written in a hand which contains features taken from both scripts. If using Early Modern documents held by local authority and university archive services, it is most likely that you will encounter Secretary hands and mixed Secretary-Italic hands. The practice examples later on this page course reflect this reality.

For examples of common Early Modern scripts, please see the uploaded PDF below:

It might seem like some of the letter forms show little resemblance to modern versions of the same letter. However, each letter has a set form which can be easily detected once learnt. It can often be easier to read documents written in Secretary hands than those written in later 19th century hands with less rigid character construction.

For examples of the secretary alphabet please see the uploaded PDF below:

In addition to having characteristic letter forms, Secretary hands display characteristic features in the areas of abbreviation, punctuation, and capitalisation of words.

Common abbreviations include the following:

Please see the following uploaded PDF for images showing examples of common abbreviations and contractions, which have been taken from archival material:

Please see the following uploaded PDF for images showing examples of common brevigraphs, which have been taken from archival material:

Punctuation was used in different ways and less consistently than we would now use it. Common things to look out for include the following:

A final point to think about is that capitalisation of words was not consistent with how we might employ it today. Capitals can appear in the middle of sentences, are sometimes used to emphasise a word, and might not be used where we would expect them to be used. Capital letters can also look significantly different to their modern equivalents, which can make them difficult to decipher. In some instances, capitals are signified by two lowercase letters joined together as in the case of ‘F’ often appearing as ‘ﬀ’.

Have a go at practicing your palaeography skills by trying these exercises.

If you are working in an archive and come across early modern handwriting, archivists will help you read the odd tricky word but cannot transcribe whole passages for you. It is therefore worthwhile arming yourself with some prior experience by trying the practice exercises below.

Exercises are based on documents taken from Hull History Centre's collections. For each example, try to decipher the writing and create a transcription using the conventions outlined on this guide's Transcription page. Efforts can be checked against the completed accurate transcriptions.