Guide to the skills required to work successfully with archives including palaeography, archaic terms and spelling, historical dates, weights and measures, language, and transcription.

“Time is a created thing”

When using archival material from the pre-19th century period it is necessary to be aware that dating systems have not always been the same as we use today.

Date formats used in Early Modern archival material reflect changes that have occurred to how we measure and record time.

Key developments to be aware of are the following:

C.R. Cheney's 'A Handbook of Dates' is particularly helpful when attempting to decipher historical dates. 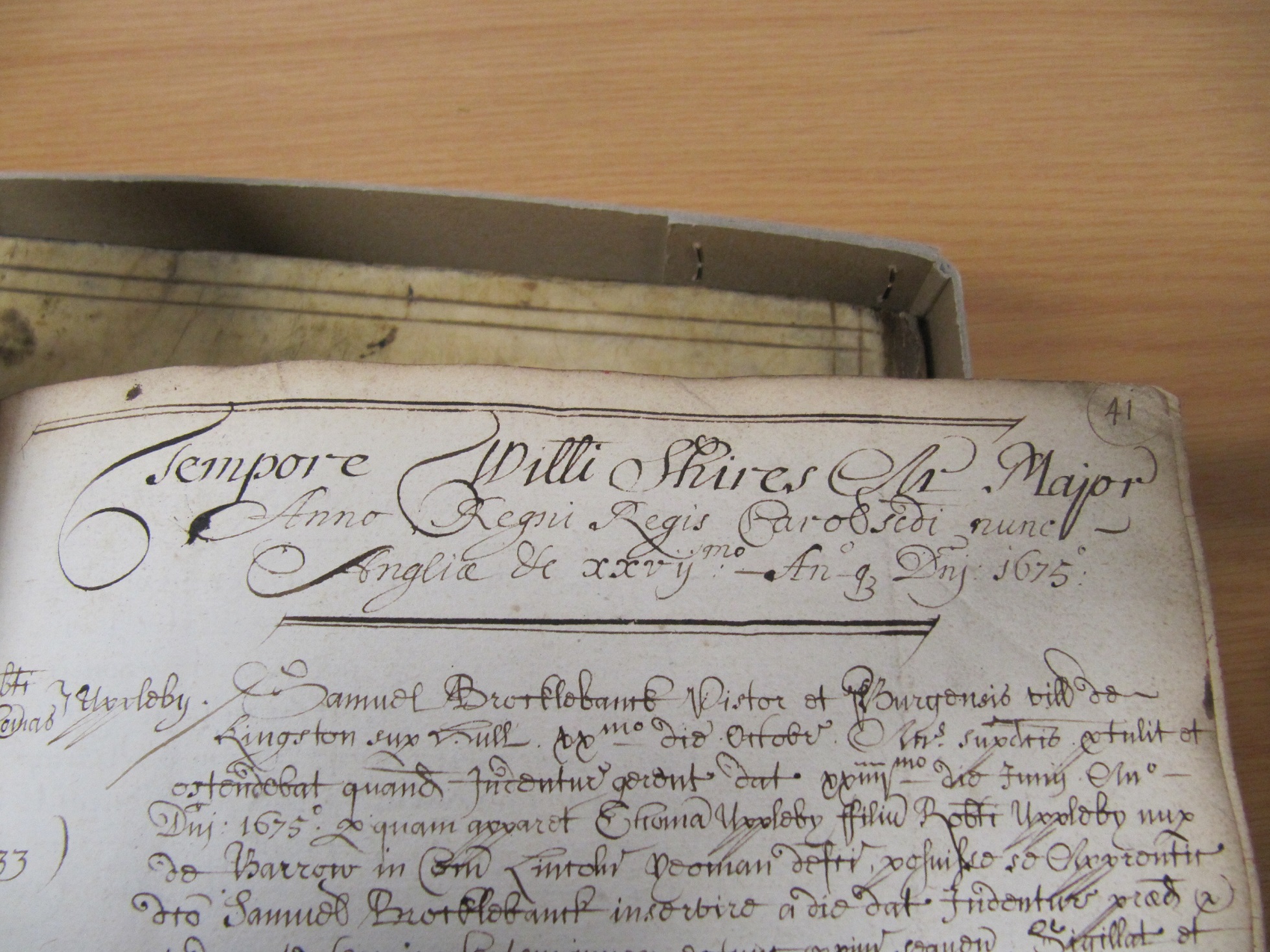 Today we use what is known as the ‘Gregorian’ calendar to reckon dates.

However, this calendar only came into effect in England with the passing of Chesterfield’s Act in March 1751.

Prior to the mid-18th century, the calendar in use in England was known as the ‘Julian’ calendar, and had been introduced by Julius Caesar in 45 B.C.

The rest of Europe had changed to using the Gregorian calendar in the 16th century, acknowledging that the Julian calendar was creating a divergence from the observable solar year. The change brought the country into line with Europe and back in sync with the solar year.

In effecting the change, the beginning of the year was altered from the 25th March to the 1st January in 1751, and 11 days were removed from the calendar in 1752.

In the Early Modern period, regnal years were often used to date official records such as deeds, charters, petitions and court documents.

It is, therefore, common to find regnal dates in pre-18th century archival material.

When encountering records dated in this way, researchers are required to convert the regnal year to a Gregorian year.

During the Medieval period, Latin was used when writing official documents.

A legacy of this can be seen in the fact that it is common to find Latin used to write the date in English documents created during the Early Modern period.

Therefore, researchers using Early Modern official records (such as court documents, charters, manorial documents and land deeds) might find it useful to produce a reference key showing the months and the numbers 1-31 in Latin alongside the English equivalents.

In centuries past, the Christian calendar marked significant points in the annual life of the community.

The Christian calendar, devised in A.D. 525 by Dionysius Exiguus, used the names of Holy days or Saints days to denote a specific date in the year.

For instance, the 29th September is celebrated in the Christian community as Michaelmas, or the feast of St Michael. It was an important point in the Christian year and became associated with the annual administrative and judicial cycle of government. It is, therefore, common to find 'Michaelmas 1512' used as a date, rather than 29 September 1512 in pre-17th century records.

Whilst this practice is more common prior to the 17th century, it does occur occasionally after the period. Therefore, in order to reckon time by modern calculations, the researcher of the Early Modern period can be required to determine the secular dates of key Christian feast days.

However, Arabic numbers were not commonly used in England until the 16th century.

Before this, dates and numbers were recorded using the Roman numerical system, i.e. I, II, III, IV.

Even after the 16th century, it is common to find Roman numerals employed in archival documents to signify the date of the month.