"Procrastination is when we can muster up the courage to tackle absolutely anything, so long as it isn’t the work that we should be doing”

Nearly everyone procrastinates: rather than getting on with what we really should be working on, we busy ourselves with other preferred tasks. Procrastination is not the same as laziness - often the procrastinator is very busy, just on the wrong things! This page gives advice on recognising it and beating it.

"I work better closer to the deadline"

Deadlines are great for focusing the mind but do you really work better under that pressure?  Or is it just that you get more scared about failure closer to the deadline and are therefore forced to focus? Only about 1 in 5 people actually work better in high-pressure situations so the odds are against this being you. Just because you get it done does not mean it is a good as it could have been done.

"I won't be able to do this right"

Fear of failure can mean you just keep putting work off. Rushing it also gives you an excuse if you don't achieve - you tell yourself that if you had more time you would have done better - but it was y​ou who created the lack of time in the first place! If you are a perfectionist this is even worse as you probably already criticise yourself for not doing it well enough.

"I deserve a break"

This type of procrastination is a little different because it comes midway through a task or project rather than at the beginning which is the norm. Even if you have lots of enthusiasm to start a new task, it is no use if you do not see it through. Obviously having some short breaks is important - it is when they turn into days and even weeks that the problem occurs. This is worse with longer projects like dissertations and theses - where you have mini-deadlines to send stuff to supervisors which are frequently followed by periods of procrastination where you feel you 'deserve a break' rather than keeping the momentum going. 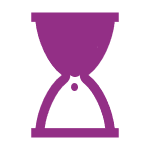 "There's loads of time yet"

It is easy to convince yourself that you don't need to start something yet if the deadline is weeks or months away. The problem with this approach is that often deadlines bunch up together and you find yourself having to work under pressure to complete more than you bargained for! It is also easy to underestimate the time it takes to do something well. Most university assignments have several different stages that need to be undertaken before the next stage can begin. You cannot read until you have found the papers to read, you cannot plan until you have completed your reading etc - so starting these early is important. 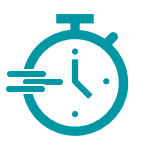 "I don't know where the time goes"

If you lose track of time then you are probably wasting it. This is usually because you are doing something you prefer (i.e. procrastinating). If you constantly run out of time to get your assignments done well, then you probably need to start them earlier rather than putting them off until you are panicking or despairing.

There are many different reasons why we procrastinate and so different solutions are needed. Try some of the techniques below to find out what works for you. 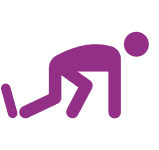 Start with something easy

Once you have started a task it is so much easier to finish it as your brain keeps nagging you that something is unfinished. Start with a nice easy task like getting a book out of the library or downloading a few journal articles. Just doing something is better than nothing!

Make it easier to keep going

Stop working with something unfinished - like half a sentence written or the last paragraph of an article to read. This makes it really easy to start work the next time as all you have to do is complete that sentence or finish the article. Once you have picked it up again, it is easier to keep going.

BIG tasks are more daunting than small ones. Break them down into as many individual sub-tasks as you can. "Work on Essay" sounds hard and vague - "collect a book"; "make notes on chapter 2"; "draft two paragraphs" and so on all sound much more doable due to their precise nature.

Thwart your evil future self

OK, maybe misguided rather than evil - but if you know you are likely to procrastinate on a task, think about how you can stop this happening. For example, if you know you have to go to the library to find sources and start your reading, think about what would stop you: Snooze button? A need for coffee? Friends staying over? A computer game to finish? Instagram to check? Shopping to do? Whatever it is, do what is needed to prevent it being a problem: Make sure your alarm/phone is out of reach of the bed; put the coffee things out the night before to make it super quick (or promise yourself one from the library café), say 'no' to friends; give your PlayStation remote to a friend to keep; block Instagram for 24 hours; do a late night shop the day before. Remove the excuses ahead of time!!

Getting cross with yourself for not getting on with something is counter-productive. Research reported here suggests self-forgiveness for previous procrastination is more likely to lead to successful future work than beating yourself up about it. So forget about the past stuff, let it go and move on. 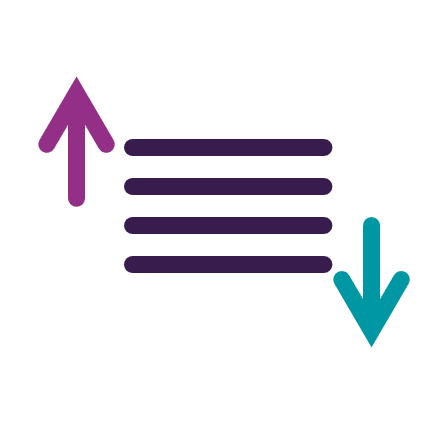 An overwhelming workload can make you procrastinate because you just don't know what to get on with first. Take the time to prioritise (see our pages on To-do Lists and Priority Matrices to help) so you know what needs your attention next. This makes it easier to focus on what is really important.

Don't just fit breaks in around other work. Give them just as much prominence in your diary/calendar. That way you know a break is coming and this can be enough to help you concentrate on your work instead. You don't even need to think of it as a reward as that can make you feel bad if you don't get very much done. If it is in your diary then you know you will be getting that down-time even if your work doesn't go to plan. This puts less pressure on you and stops you resenting the work as much. 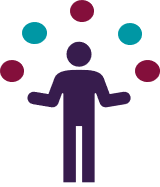 Stop trying to multitask and focus instead

You may think you can do several things at once - watch TV whilst writing an essay, play Fifa whilst making notes from your reading, check SnapChat whilst revising. These are a form of semi-procrastination - you may think you are working but actually you are wasting time because each task takes much longer (or you lose quality). Check out our advice on how to focus on our Principles of Time Management section.

There comes a time, usually when it is too late to do something as well as you would have liked, when you just have to stop with the excuses and do something. Here is the Nike Guide to Overcoming Procrastination.

There are 1440 minutes in a day. Some people have it tattooed on their arm! We are not suggesting this, but an awareness of it can help you change your mind-set and stop wasting precious minutes. If you consider that every one of them should be used effectively, it can give you the boost you need.