“It is important that your personal involvement with your topic does not overshadow the importance of what you are commenting on or reporting.”

In academic writing, voice can mean two different, yet related, things: first, you may read about using the active or passive voice and when each is appropriate; second, you may read about 'your voice' and 'developing an academic voice'. Both of these can come under the term 'scholarly voice' as they refer to the tone and style of your writing and how this demonstrates your own scholarship.

Traditionally, a lot of academic writing has been written in the passive voice, however there is a move towards using the active voice more often and our advice is to use the active voice whenever you can.

There are occasions when the passive voice is preferable however, and these are discussed on this page.

What is the difference?

The panda ate the bamboo leaves.

Panda = subject which acts ​(is active)

The bamboo leaves were eaten by the panda.

Bamboo leaves = subject which are acted upon (are passive)

Why use the active voice? 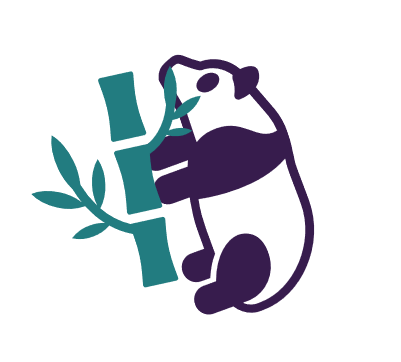 The active voice is generally shorter and more direct than the passive voice, which is why it is preferable. It is also considered more dynamic and more open as writers often omit the actor in the passive voice for example just writing "The bamboo leaves were eaten." or more often "mistakes were made".

When the passive voice is preferred

There are times when the passive voice is better, and still expected. For example:

When the actor is implicit

In your own research, it is often implicit that you are the actor and therefore it is more important to emphasise what what done rather than who did it:

This avoids using personal pronouns such as 'I', which is still frowned upon in science subjects in particular (see below for more on this):

When the actor is not important

Sometimes it really does not matter who did the action - in which case the passive voice avoids having to refer to them:

Passive (good): Managers were informed that staff were not impressed with such incentives, however they ...

Who informed them is not relevant to this point so the active voice is not necessary:

Active (bad): Personal assistants informed managers that staff were not impressed with such incentives ...

This video explains it more visually: 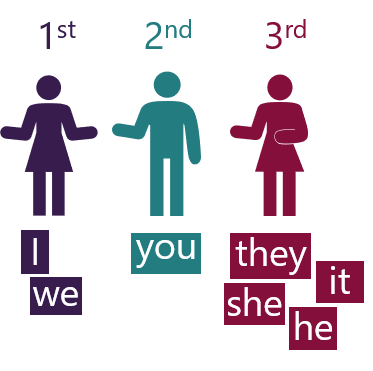 Using the first or third person

This is a key element of any discussion about voice as it influences whether active or passive voices are used (generally, 1st person = active, 3rd person = passive) and also it impacts on how your own academic voice comes through your work.

There is considerable academic debate about whether the first or third person should be used in when writing up research projects. The move is towards more use of the first person - after all, the work, analysis and conclusions are your own and taking yourself out of those processes can sometimes make for awkward writing. This varies by discipline however, with the hard sciences mostly resisting the move to write in the first person and the humanities and social sciences being more accepting. We have more information about this on our page on Personal Pronouns and you can see some of the arguments in the blogs below.

Please see our page on Your Voice on our Critical Writing guide.