“You will use a range of tenses depending on what you are writing about.”

Tenses can be tricky to master. Even well respected journals differ in the guidance they give their authors for their use. However, their are some general conventions about what tenses are used in different parts of the report/dissertation. This page gives some advice on standard practice.

What tenses will you use? 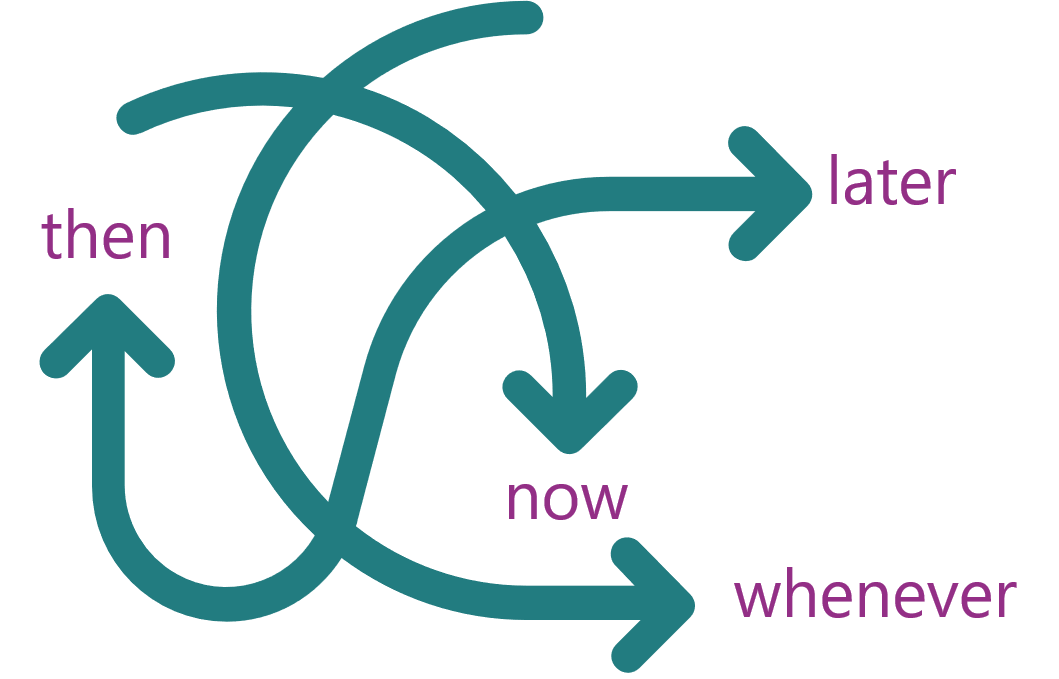 The majority of your dissertation or research report will be written in the past tense. This is because you are reporting on what you researched, how you did it and what you found. Even if you choose to write up your research as you are doing it, the final report will still read as if it is written after the everything is completed.

There are exceptions however, most notably in the literature review where you will use a mixture of past, present and present perfect tenses (don't worry, that is explained below), when discussing the implications of your findings when the present tense is appropriate and in the recommendations where you are likely to use the future tense.

The tenses used as standard practice in each of these sections of your report are given and explained below.

You have some leeway with tense use in your abstract and guidance does vary which can sometimes be confusing. We recommend the following:

Describing the current situation and reason for your study

Mostly use the present tense, i.e. "This is the current state of affairs and this is why this study is needed."

Describing the aims of your study

Use the past tense to describe what you did, i.e. "A qualitative approach was used." "A survey was undertaken to ...". "The blood sample was analysed by..."

Use the past tense to describe what you found as it is specific to your study, i.e. "The results showed that...", "The analysis indicated that..."

Suggesting the implications of your study

Use the present tense as even though your study took place in the past, your implications remain relevant in the present, i.e. Results revealed x which indicates that..."

An example abstract with reasoning for the tenses chosen can be found at the bottom of this excellent blog post:

Using the Present Tense and Past Tense When Writing an Abstract

The methodology is one of the easiest sections when it comes to tenses as you are explaining to your reader what you did. This is therefore almost exclusively written in the past tense.

Blood specimens were frozen at -80oC.

A survey was designed using the Jisc Surveys tool.

The following search strategy was used to search the literature:

Very occasionally you may use the present tense if you are justifying a decision you have taken (as the justification is still valid, not just at the time you made the decision). For example:

Purposeful sampling was used to ensure that a range of views were included. This sampling method maximises efficiency and validity as it identifies information-rich cases and ... (Morse & Niehaus, 2009).

This will primarily be written in the present tense as you are generally discussing or making conclusions about the relevance of your findings at the present time. So you may write:

There will also be times when you use the past tense, especially when referring to part of your own research or previous published research research - but this is usually followed by something in the present tense to indicate the current relevance or the future tense to indicate possible future directions:

Analysis of the survey results found most respondents were not concerned with the processes, just the outcome. This suggests that managers should focus on...

These findings mirrored those of Cheung (2020), who also found that ESL pupils failed to understand some basic yet fundamental instructions. Addressing this will help ensure...

The introduction generally introduces what is in the rest of your document as is therefore describing the present situation and so uses the present tense:

Depending on your discipline, your introduction may also review the literature so please also see that section below.

In your literature review

The findings of some literature may only be applicable in the specific circumstances that the research was undertaken and so need grounding to that study. Conversely, the findings of other literature may now be accepted as established knowledge. Also, you may consider the findings of older literature to be still relevant and relatively recent literature be already superseded. The tenses you write in will help to indicate a lot of this to the reader. In other words, you will use a mix of tenses in your review depending on what you are implying.

Findings only applicable in the specific circumstances

Use the past tense. For example:

In an early study, Sharkey et al. (1991) found that isoprene emissions were doubled in leaves on sunnier sides of oak and aspen trees.

Using the past tense indicates that you are not implying that isoprene emissions are always doubled on the sunnier side of the trees, just that is what was found in the Sharkey et al. study.

Findings that are still relevant or now established knowledge

Mostly use the present tense, unless the study is not recent and the authors are the subject of the sentence (which you should use very sparingly in a literature review) when you may need to use a mixture of the past and present. For example:

A narrowing of what 'graduateness' represents damages students’ abilities to thrive as they move through what will almost certainly be complex career pathways (Holmes, 2001).

Both of these imply that you think this is still the case (although it is perhaps more strongly implied in the first example). You may also want to use some academic caution too - such as writing 'may damage' rather than the more definite 'damages'.

As with your methodology, your results section should be written in the past tense. This indicates that you are accepting that the results are specific to your research. Whilst they may have current implications, that part will not be considered until your discussion/conclusions section(s).

Four main themes were identified from the interview data.

There was a significant change in oxygen levels.

Like with the methodology, you will occasionally switch to present tense to write things like "Table 3.4 shows that ..." but generally, stick to the past tense.

Not everyone will need to include recommendations and some may have them as part of the conclusions chapter. Recommendations are written in a mixture of the present tense and future tense:

It is recommended that ward layout is adapted, where possible, to provide low-sensory bays for patients with autism. These will still be useable by all patients but...