In simple terms, verb tenses refer to the past, present or future. Verb tenses tell the reader when something happened, and are used to convey what is or is not known at the time of writing. 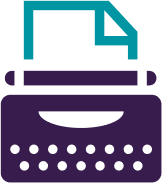 If you are reporting on your own or others’ specific research activities (such as methods that were used, or results that were found) then you would generally use the past tense.

In the example based on Brown’s research, the writer was referring to a specific result that Brown found when he conducted his research in 2010, and is therefore written in the past tense. 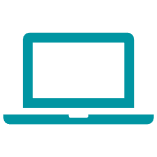 Use the present tense if you are making general statements that draw on previous research, and usually indicates what is known at the time of writing, for example:

In the above example based on Brown’s research, the writer makes a reference to what is known at the time of writing, and so it is written in the present tense.

Here is an example of using both the past and present tense in your writing:

Example:  Brown (2010) conducted a survey of 1000 students. The results of his survey suggest that all his students are geniuses.

In this example the writer refers to a specific survey that Brown conducted (past tense) in 2010. The writer then conveys how the results of Brown’s survey are still considered worthy today by writing in the present tense (suggest).

Compare this to the following example:

Example: Brown (2010) conducted a survey of 1000 students. The results of his survey suggested that all his students were geniuses, but his later work (Brown, 2015) suggests this is not the case.

As previously, Brown’s specific study of 2010 is referred to in the past tense. But we now find that a later study by Brown (2015) appears to be in disagreement with his earlier 2010 study. Consequently the writer now refers to the conclusions drawn from the 2010 study in the past tense (suggested), and it is the results of Brown’s 2015 study – which represents what is known at the time of writing - that is referred to in the present tense (suggests).

The future tense is not often used in academic writing because it tends to imply a level of certainty that academics can find uncomfortable. If you use verbs such as will or shall then be certain of your certainty! Otherwise use verbs that express possibility, such as could or may.

The exception is in research proposals where you are writing about what you intend to do - so the future tense is used.